Highlights of the nominations and awards to the Aspire Training Team’s learners for 2017. Your nominations count, so get yours in now! Awards presented to: 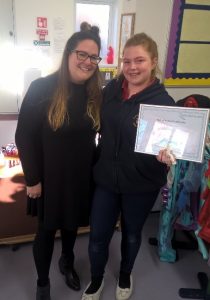 Charlie Westrope from Little Learners Day Care is the Aspire Hall of Fame winner for December 2016!

“I would like to nominate Charlie Westrope. She is a very valued member of staff, she is flexible with her working hours (she will cover overtime early or late), Charlie is reliable and has not had any time off sick since being with us. The children adore her, she works very well as part of a team and individually. Her confidence is growing all the time, she is welcoming with new children and their parents. No job or task is too big for her to do. She is an asset to our team and we are lucky to have her!”

“I would like to nominate Hana Williams. Hana is a really effective learner and shows dedication to the children, colleagues and parents at all times. She is currently undertaking her GCSE and has even been helping one of the other learners in her group. She is a most deserving candidate for this award!” 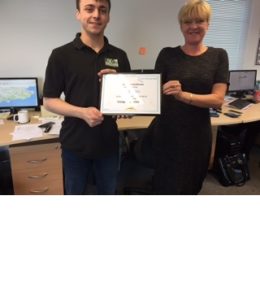 Ben Taylor from Eco Recycling in Ringwood is the Aspire Hall of Fame winner for February 2017!

Why is Ben February’s winner?

Eco recycling went to the head office of Hadland Care Group, where Ben did a presentation to the Managing Director, Cheryl Hadland on anaerobic recycling. Cheryl was so impressed with the content and delivery of Ben’s presentation that she nominated Ben for the award. Resulting in a new business partnership between Eco Recycling and Hadland Care Group. Well done Ben truly deserved! 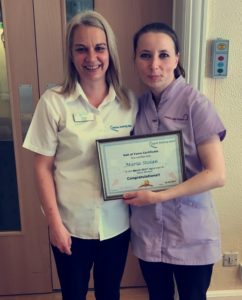 Maria is part of the care team at Southwood lodge (Reside Care Homes). After completing the care certificate Maria signed up for the Level 2 qualification in Health & Social Care. English is not Maria’s first language, so completing knowledge areas for her qualification can sometimes make it more difficult for Maria. These knowledge areas of the qualification are always completed to the highest standard which reflects Maria’s knowledge and understanding of Health & Social Care. Combining this with her own working role at Southwood Lodge confirms just how much effort she puts into her training and progression.

‘Maria has grown in confidence at Southwood and is fully supported by the team. She is committed to her role in supporting the individuals within the setting and delivers care and support in a professional manner at all times. While working long days and weekends, Maria still finds the time to complete the assessments and is always keen to move working on knowledge areas independently. An absolute pleasure to assess/support!’

Zoe Giles from Kim’s Kiddlywinks has been nominated for the Aspire Hall of Fame winner for April 2017!

Why was Zoe nominated? 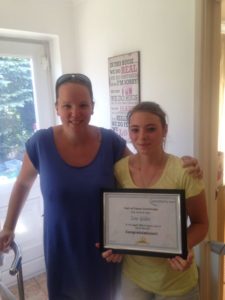 Zoe has been with me for just over a year now, she is a dedicated and hard worker. She has consistently gone above and beyond her role. She’s achieved her level 2 and has started her level 3 this month.

I recently had a baby and Zoe has not only been a great support to me and my family she has also continued to be a support to the families we care for. Continuing to work with another childminder supporting some of our children whilst I was on leave.

Nicola Fowles from Tops Day Nurseries: Poole has been nominated for the Aspire Hall of Fame winner for May 2017!

Why was Nicola nominated?

From my initial interview with Nicola for her to find out more about the level 1 programme she has always been a well presented, polite and happy person, showing a great interest in working with children. 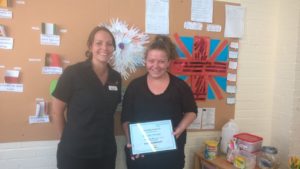 oole for her work experience. Nicola has always shown great dedication to both her work experience and training. Despite not having the easiest personal life Nicola’s attendance has been excellent and she has grown to be a valued member of the Tops Poole team. Nicola has built up great relationships with all the staff and children and shows a promising career in childcare.

I am so proud of what Nicola has achieved over the past 10 months and all her hard work has paid off in gaining an apprenticeship at Tops Poole where she can continue to grow and develop into a childcare superstar!

Well done Nicola and I wish you all the best for your future.

Lucy Abrahams from Hadland Care Group has been nominated for the Aspire Hall of Fame winner for June 2017!

Why was Lucy nominated? 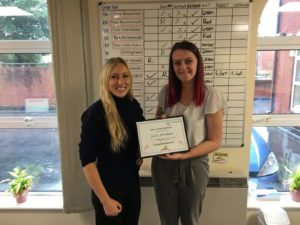 In the short time Lucy has been with us she is already a valued member of the Marketing Team. She is extremely competent at tackling whatever tasks are asked of her and she is progressing at a rapid pace. Lucy is more than happy to support with anything asked of her and uses her initiative well. She asks for feedback on her work and it is clear she is always looking for ways of reaching the highest standard. Lucy has volunteered to work at events outside of her working hours, which is a huge help and shows dedication.

Shaun Crawley from Tops Day Nurseries has been nominated for the Aspire Hall of Fame winner for July 2017!

Why was Shaun nominated? 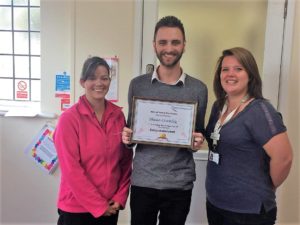 Not only did he take a vast pay cut to take on his Business Administration job role, so he would be able to gain a qualification,

and take on an opportunity of working with Tops Day Nurseries, he has also exceeded in his job role. Starting his time at Boscombe, and working alongside Sandy, and gaining a lot of knowledge and experience, he has been a support mechanism for many of the other Tops sites, including Wimborne and Charminster. Shaun has taken on the responsibility as Office Manager during Sandys annual leave and gaining experience of Ofsted, which has therefore put him in a good stepping stone for promotion within the company. Where he has recently taken on as an Administrator at Tops Day Nurseries, Christchurch.

Shaun is a very enthusiastic learner, who is more than happy to get his work completed on time, as well as taking on what is asked of him in his job role. He is keen to achieve his qualification, and this has been shown through his confidence of the work he has produced.

Shaun is a confident member of the team, who has adapted well into each of the Nurseries that he has been into and shown that he can acclimatise to different environments. 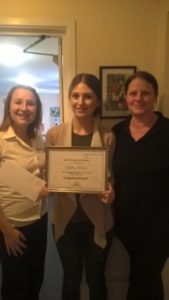 Diana Duta from the Alexandra Centre has been nominated for the Aspire Hall of Fame winner for August 2017!

Why was Diana nominated?

Diana is great with communication, and throughout all her observations, she shows great passion in ensuring the residents’ are made to feel at home and safe. Diana has recently completed her speaking and listening for her functional skills, and put a lot of time and effort into ensuring that she had prepared notes for her talk. She is always keen to learn new areas, and the research that she has done for her knowledge work, it is clear to see she is already putting it into practice. Diana is already asking to progress to her level 4! 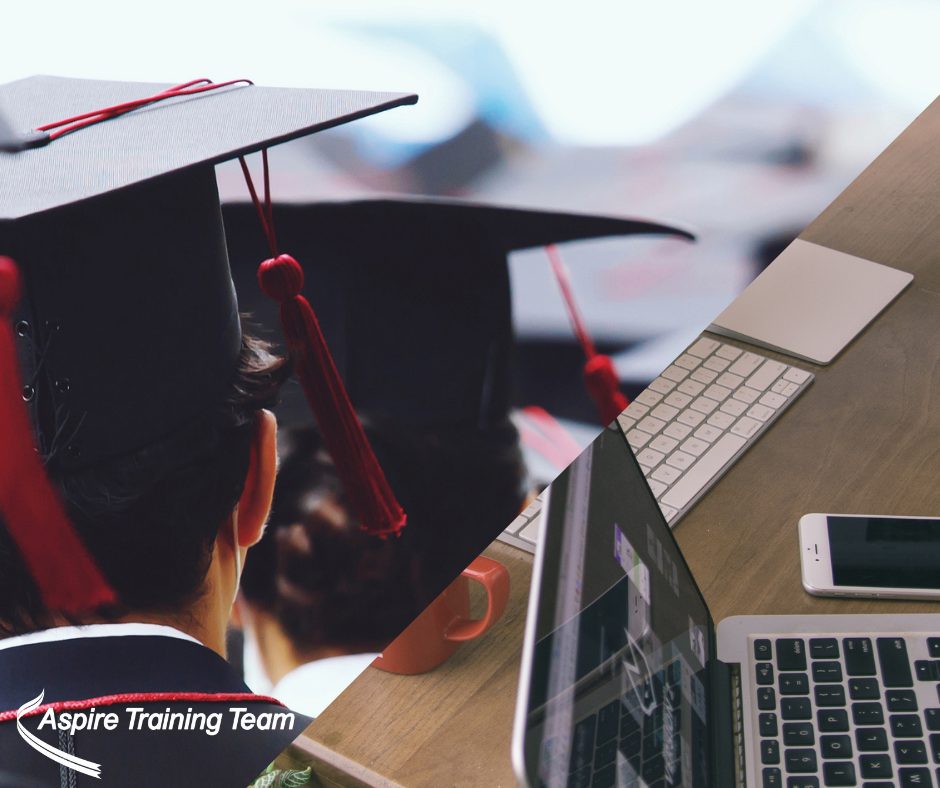